In person at the Magnes Museum

Amos Oz is Israel’s best-known writer and a champion of peace with the Palestinians in a two-state solution, as a prominent member of Peace Now (Shalom Achshav) and a public intellectual. His work – a body of 40 books – has been translated to 45 languages and made into several films, including Natalie Portman’s A Tale of Love and Darkness. Among the many honors and awards he garnered are the Israel Prize, the Legion of Honour of France, the Goethe Prize, the Heinrich Heine Prize, and the Franz Kafka Prize.

After his death in 2018, a controversy erupted following his daughter Galia’s publication of a book containing accusations of abuse; her charges were vehemently contested by the 3 other family members. The Fourth Window, Yair Qedar’s astonishing documentary, traces the contours of Oz complex life, his extraordinary literary career, his political vision and leadership, and, with exquisite nuance and sensitivity, addresses the painful subject of the daughter’s J’Accuse.

Proof of vaccination and masks required. 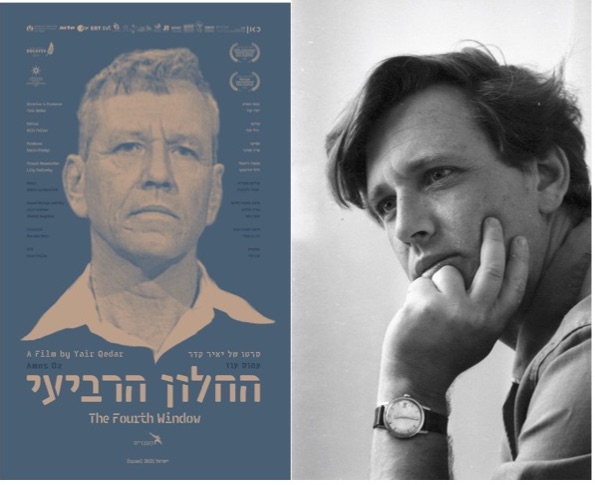