Eda Pell, our stalwart supporter and most generous donor, sponsors an annual lecture at UC Berkeley: we encourage you to attend.

In 2019, the shooter of the Poway synagogue near San Diego cited the story of Simon of Trent, a boy whose death during the Easter/Passover season in 1475 led to one of the most notorious persecutions of Jews in Europe, as one of the reasons behind his actions. The talk will explore how a medieval anti-Jewish lie became rooted in Christian imagination to persist into the twenty first century US and lead to a horrific crime in California.

March 15 @ 5pm–6pm, in person at The Magnes Collection of Jewish Art and Life 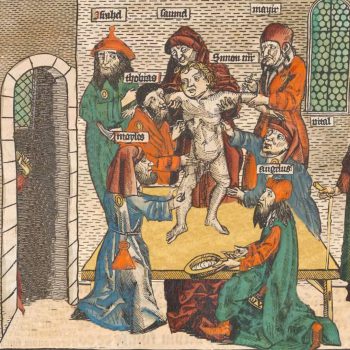