The Fiddler Phenomenon (Virtual on Zoom)

This series will examine different aspects of “Fiddler on the Roof,” from its origin in the Sholom Aleichem Tevye Stories, to the figure of the matchmaker, the music, lyrics, and choreography of the Broadway show and the film, their reception and impact on Jewish culture and the international phenomenon of Fiddler across culture and nations.

Naomi Seidman—Matchmaking and Modernity: The Ambivalent Move from Arranged Marriage to Romantic Love

Alisa Solomon—The Fiddler Phenomenon
Since its debut in 1964, Fiddler on the Roof has inspired religious conversions and secular satire; its songs have been incorporated into sacred ceremonies and sampled into hip-hop hits. Alisa Solomon considers where the astonishing power of the beloved musical came from and why it has lasted so long.
Wednesday, February 15 @ 5-6:30pm

Naomi Seidman—Dreaming of Ancestors: The Tevye Stories and the New Religion of Romance
We will examine the ways that Yiddish literature, and in particular Sholem Aleichem’s Tevye stories, expressed Jewish ambivalence toward what Ian Watt calls “the sex religion,” the modern ideology of freedom to choose one’s own mate.
Wednesday, March 8 @ 7-8:30pm

Cap it off with a performance of Fiddler on the Roof at the Golden Gate Theater (starting March 22). Click here for more information. (This information is offered as a courtesy. The performance is not part of this program and New Lehrhaus is not organizing a group to attend the play together.) 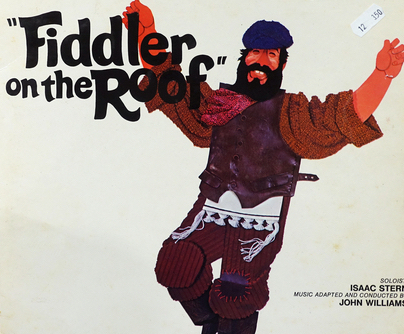