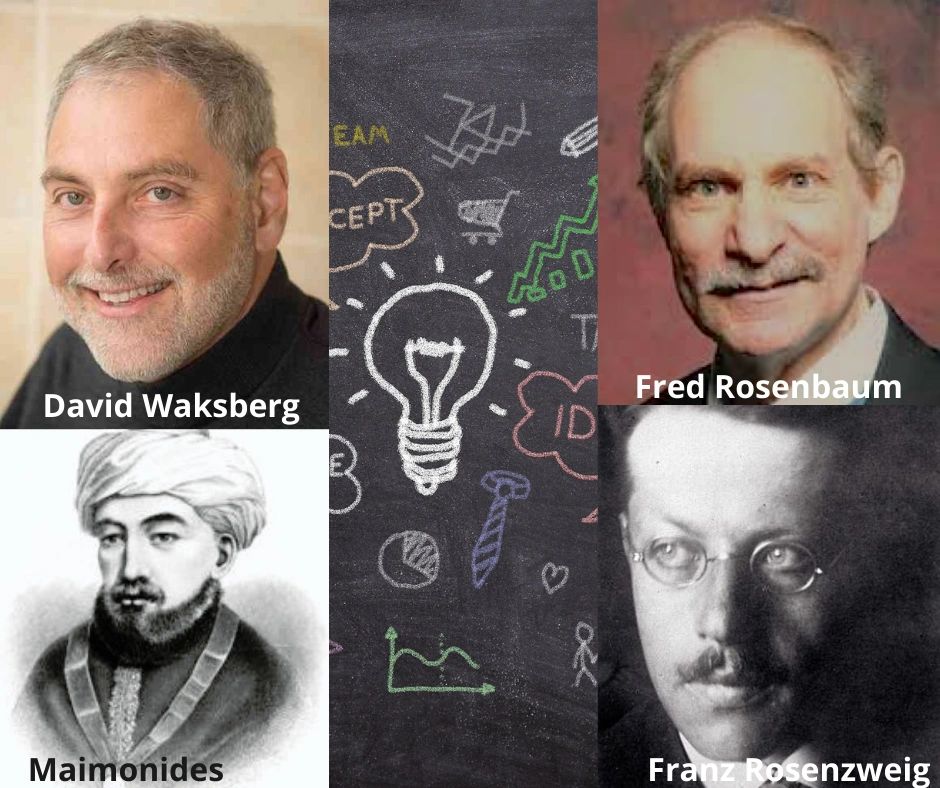 Standing on the shoulders of our predecessors

Board member David Waksberg reflects on his participation in New Lehrhaus

After learning about how our patriarch challenged the beliefs and practices of his elders, I spent the next decade in Jewish studies that pursued the goal of continuity: learning why and how to adopt the beliefs and practices of those who came before me. That chapter of my Jewish schooling came to an end when, as a teen, questioning core principles of faith of Maimonides, my rabbi told me that if I did not accept them, I could not consider myself a Jew.

When I returned to the field of Jewish education (with BJE, now known as Jewish LearningWorks), I was determined to advance a pedagogy that would pay as much (or more) attention to questions as it does to answers, a Jewish education that centers on the student as an active agent in their learning, Jewish learning less concerned with “continuity,” and more concerned with enlightenment – with empowering learners with knowledge and tools to chart their own Jewish course, even if it might be discontinuous with many of the practices and institutions of their parents.

I found a like-minded partner in Lehrhaus Judaica. After receiving the sad news of the demise of HaMaQom (formerly Lehrhaus Judaica), I was thrilled to learn that David and Racheli Biale had set out to reignite Lehrhaus, in alignment with its original vision and values. I was delighted to join this effort as a volunteer and Board member.

Last week, at the inaugural lecture kicking off New Lehrhaus, Fred Rosenbaum, in conversation with David Biale, drew connections among three manifestations of this innovative Jewish learning platform across a century – the original “Free Jewish Lehrhaus” established by Franz Rosenzweig one hundred years ago, Lehrhaus Judaica, which Fred founded in Berkeley nearly 50 years ago, and New Lehrhaus, which David and Rachel Biale established this year. All three versions of Lehrhaus have been infused with Rosenzweig’s vision of “a new Jewish learning…one that no longer starts from the Torah and leads into life, but the other way round: from life…back to the Torah.”

At Sinai, the Torah tells us that the Ten Commandments were “inscribed with the finger of God” (Ex.31:18). After smashing those tablets in anger, Moses carves the second set himself. Educational philosopher Lee Shulman relates this story to learning: “the Torah written by God on tablets divinely carved was too perfect, too complete, too unblemished for people to embrace…learning that moves from understanding to commitment must engage the learners actively and interactively so they can own the lessons and be active partners in the construction of the meanings.”

Franz Rosenzweig, Fred Rosenbaum, and the Biales have all established learning platforms in the spirit Shulman describes. It is how great learning works and it is how Jewish civilization works.